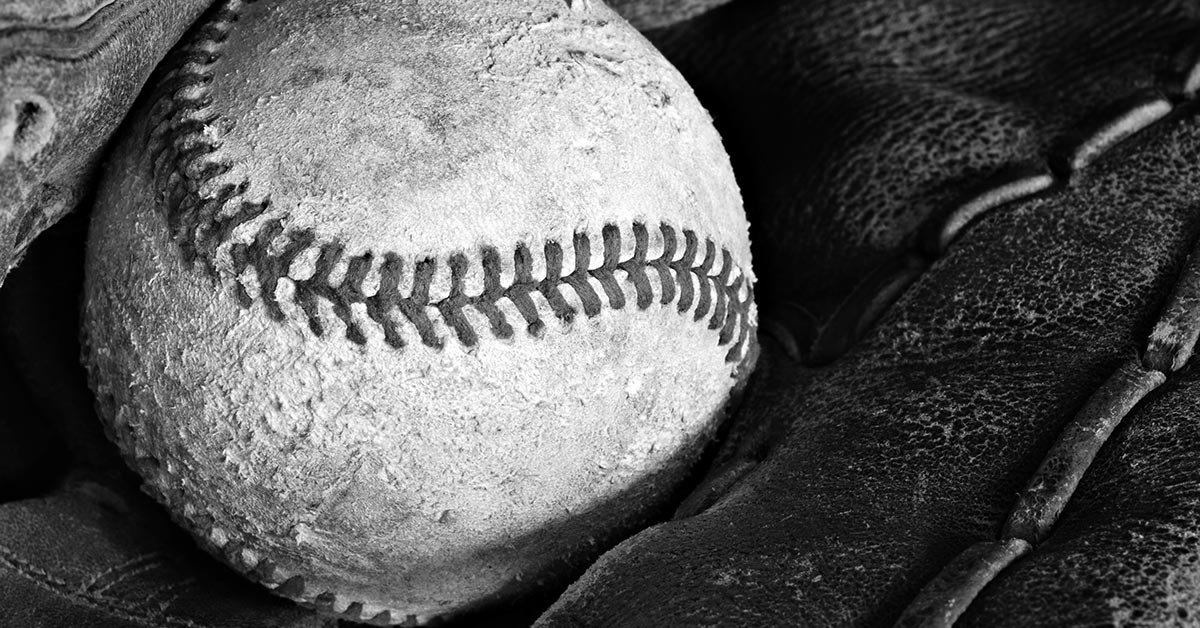 Calling any franchise the top pro sports team always puts you on shaky ground, since people tend to have pretty strong feelings on these matters… but here at Heywood-Wakefield, we’re brave souls. And we’re keeping our roundup of the best professional sports teams of the 1950s objective, simply going by which teams appeared in and won the most championship games during the decade.

So, try not to get too angry with us over our picks. This post is intended more for nostalgia and a little bit of history than for triggering heated debates and kicking off a Heywood-Wakefield boycott by you remaining Brooklyn Dodgers fans out there.

Of course, if we did name your team, feel free to take that as proof that we’re the best mid-century modern furniture company around.

There’s no debate about it: The New York Yankees ruled “America’s national pastime” and MLB in the 1950s. They played in eight of the 10 World Series championships during the decade, winning six. Through the entire run, the team was managed by Baseball Hall of Fame inductee Casey Stengel.

The league was fairly dominated by New York teams at the time. The Brooklyn Dodgers played in four of the decade’s World Series (winning only one, though) before relocating to Los Angeles for the 1958 season, and the New York Giants played in two 1950s World Series, winning one. So, of 20 team appearances in the World Series in the ’50s, 14 were by New York-based franchises. And the Dodgers did play once more in 1959—and won—from Los Angeles.

MLB was nothing new in the fifties, dating back to 1876, when the National League was formed (followed by the American League in 1901). But the NBA was pretty new at the time, founded in 1946. It was first called the National Basketball Association of America, but was renamed the NBA in 1949.

The Minneapolis Lakers—a franchise that would move to Los Angeles for the 1960 season, where it remains today—played in five of the decade’s 10 NBA Finals and won four of them. But it’s worth mentioning that the Boston Celtics kicked off the longest championship streak in league history in 1957, playing in 10 consecutive Finals and winning eight in a row from 1959 to 1966.

In the 1950s, the NFL wasn’t as old as MLB, but it also wasn’t as new as the NBA. The NFL formed in 1920 as the American Professional Football Association, but was renamed in 1922. Today we think of the Super Bowl as the big NFL game, but the first one wasn’t held until 1967, after the NFL merged with the American Football League (AFL). Before that, the NFL just had Championships.

The National Hockey League as we know it today began in Canada in 1917, expanding to include US teams in 1924, when the Boston Bruins joined the league. In the 1950s, the entire league was only made up of six teams, four of them American and two Canadian. They played for the Stanley Cup even back then—and as far back as 1893 in Canada—making it the oldest sports trophy in North America.

The Montreal Canadiens played in nine of the 10 Stanley Cup Championships in the 1950s, winning five of them. The team was coached by Dick Irvin through the first half of the ’50s, and he was at the helm for four Stanley Cup losses and one win. Toe Blake, named one of the 100 greatest NHL players in history, took over as head coach in the 1955-56 season and led the Canadiens to five consecutive championship victories from 1956 to 1960.