Blog » Spotlight on the Mid-Century Era » Supermarkets in the 1950s: Changes to How Americans Bought Groceries

Home » Blog » Spotlight on the Mid-Century Era » Supermarkets in the 1950s: Changes to How Americans Bought Groceries 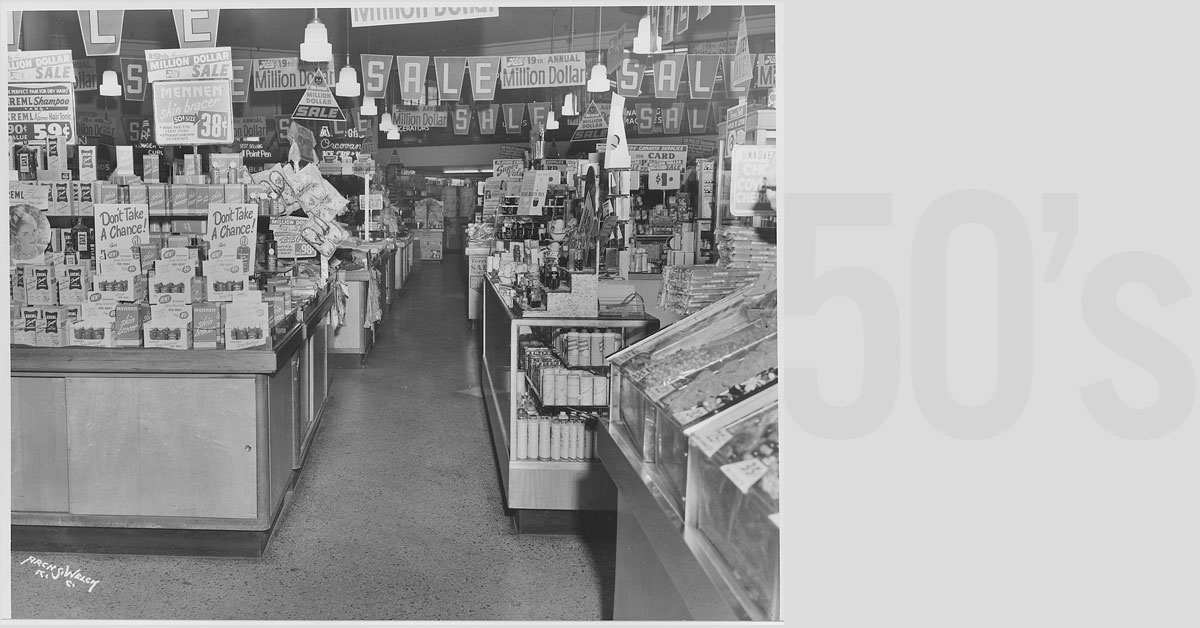 Supermarkets as we more or less know them today were a mid-century creation. They got their start in the 1930s (though some smaller self-service grocery stores existed prior to that), but the Great Depression and World War II kept them from really taking off. It was in the 1950s that they came into their own as a primary way for Americans to purchase their groceries. Let’s take a quick look at some of the changes that came about thanks to supermarkets in the 1950s.

Of course, much of the supermarket’s success as a shopping entity in the ’50s was due to factors like mass migration to suburbs, the proliferation of the automobile, more disposable income during the post-WWII economic boom, and more mouths to feed due to the post-WWII baby boom.

In the US in 1950, supermarket chains accounted for 35 percent of food retailing dollars spent for at-home consumption. The decade saw a tremendous boost in their market share, which doubled to 70 percent by 1960. The number of supermarkets more than doubled in the same time, too, going from 14,000 in 1950 to 33,000 in 1960.

The changes outlined below are all so familiar to us today, we think nothing of them. However, these characteristics of supermarkets in the 1950s were fairly unfamiliar at the time.

Changes Brought on by Supermarkets in the 1950s