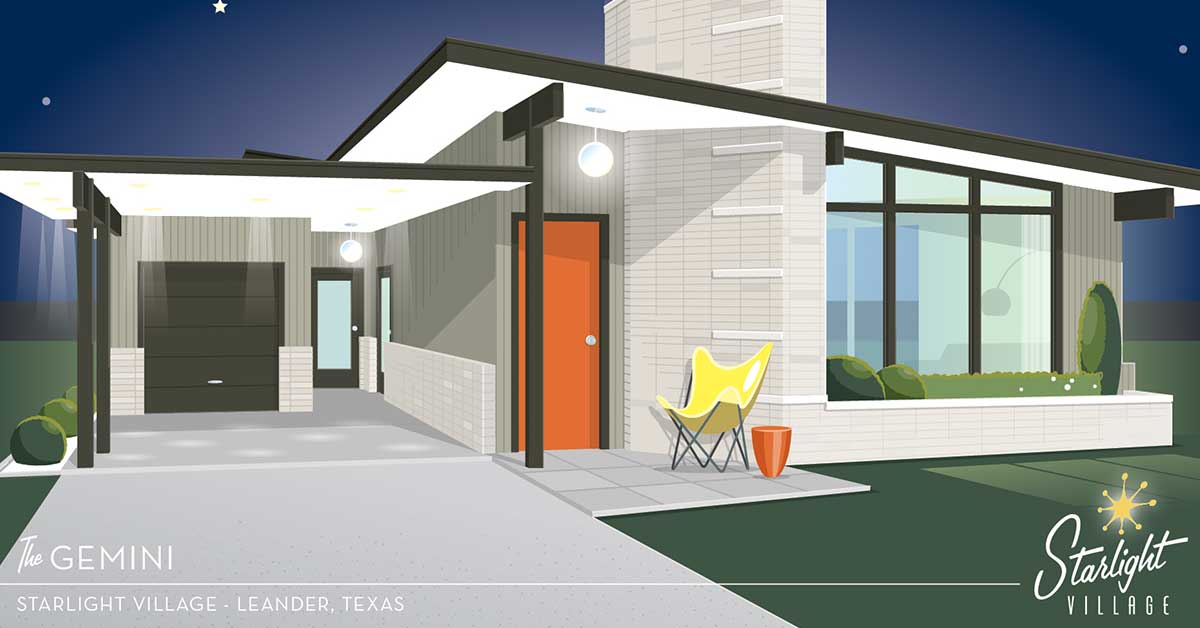 Ever wished you could hop in a time machine and go live back in the 1950s or early 1960s—but decided against it because you realized you’d have no cell service?

Well, now you can have it all: mid-century modern living with high-speed internet connections, auto-defrosting freezers, and all the other modern conveniences you know and love. This dream can become a reality at Starlight Village, a new community in the northern Austin, Texas metro area, where all the homes feature classic mid-century modern architectural design, but exist in the present.

Construction of about 30 mid-century modern-inspired single-family houses started at Starlight Village back in January 2016. These include eight different customizable home models that range from 1,300 to almost 3,000 square feet. The whimsically named models include The Apollo, The Atlas, The Cocoa Beach, The Gemini, The Orion, The Palm Springs, The Starlight, and The Telstar. Prices start in the mid-$200s.

The homes feature floor-to-ceiling windows and plenty of natural lighting, double-height stone fireplaces, private courtyards, many of the most recognizable hallmarks of mid-century modern architecture, and some of the era’s most popular building materials. Yet this all comes with modern open floor plans, appliances, and amenities.

About the Starlight Village Community

Starlight Village is located in Leander, TX, about a half hour drive north of downtown Austin and less than 2 miles from the local MetroRail Station. Convenient access to Texas’s fastest-growing, most happening city means residents can step right outside their mid-century modern surroundings and take advantage of world-class dining, shopping, entertainment, culture, healthcare, and more.

The Starlight Village neighborhood has a beautiful mid-century modern-style open-air community pool and pavilion, a poolside deck, a sun shelf, a fenced in off-leash dog park, a walking trail, a half-acre reserve, and plenty of natural beauty and classic bygone American charm. This is an HOA community.

Obviously, we’re pretty into mid-century modern design here at Heywood-Wakefield, and we just had to bring a little attention to this cool development. You can learn more about it or, if you’re a motivated buyer, go reserve your Starlight Village home on the website. 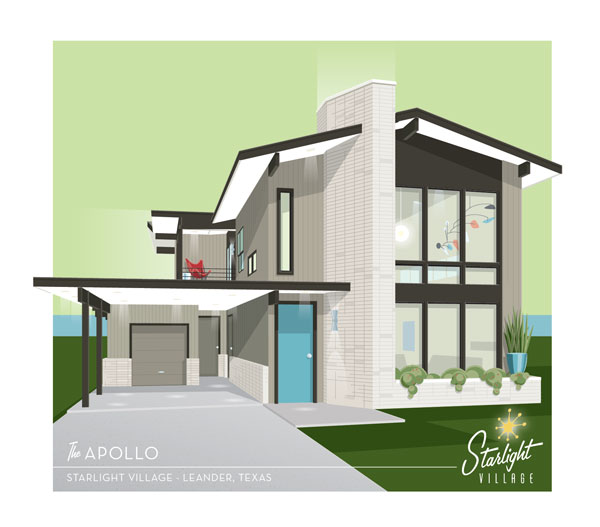 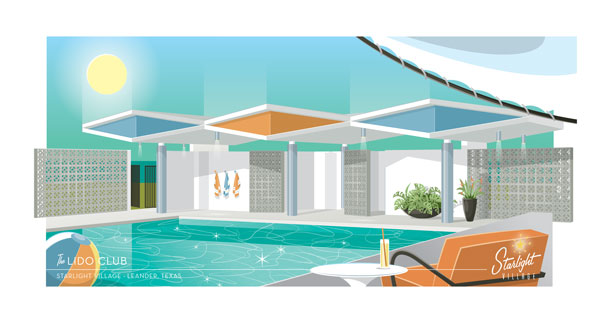 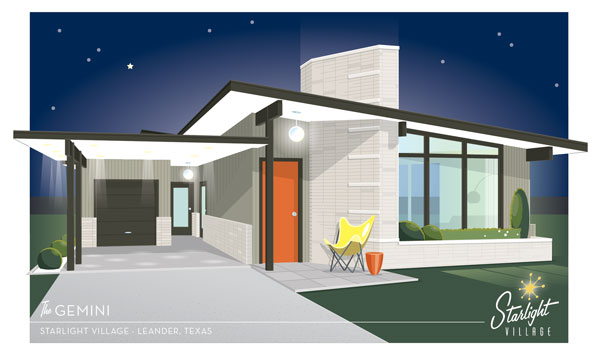 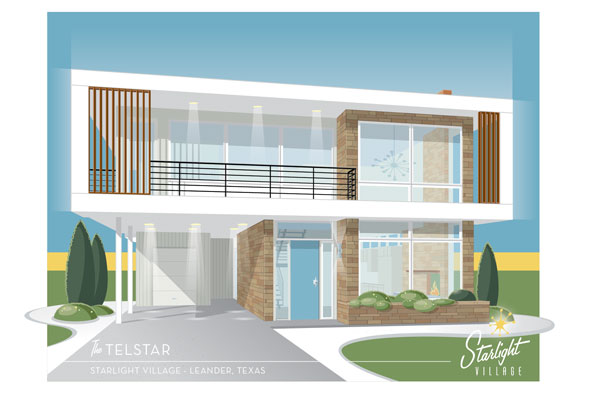 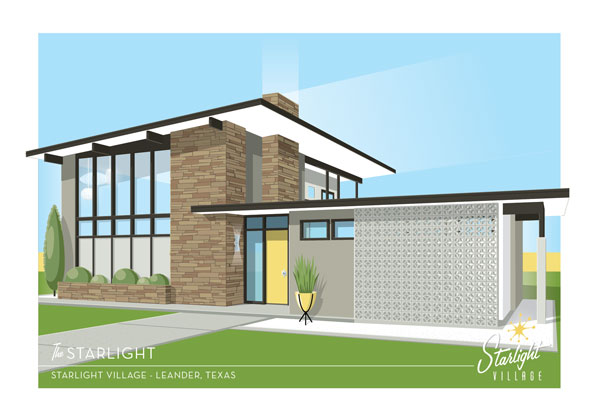 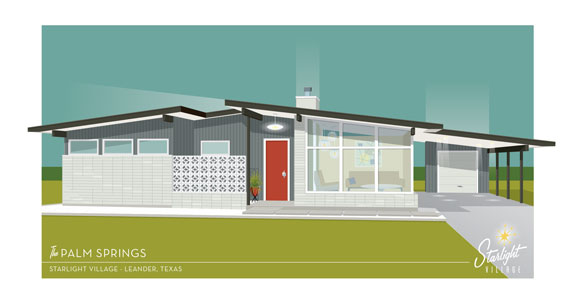 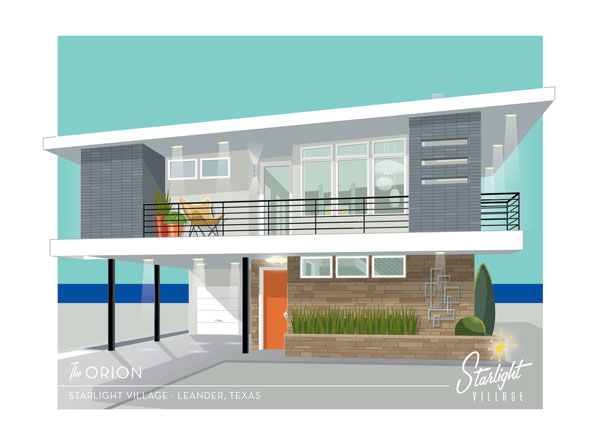 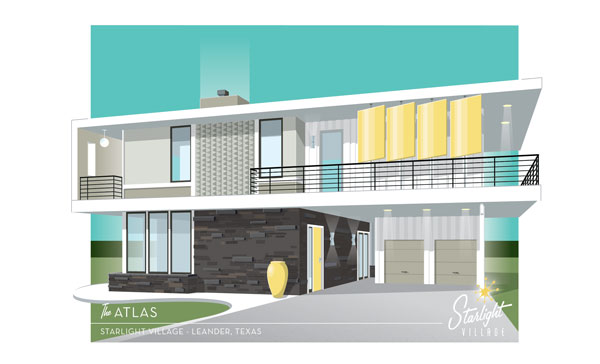 Get great content delivered to your inbox once a month about all things mid-century modern, design and décor inspiration, and more.