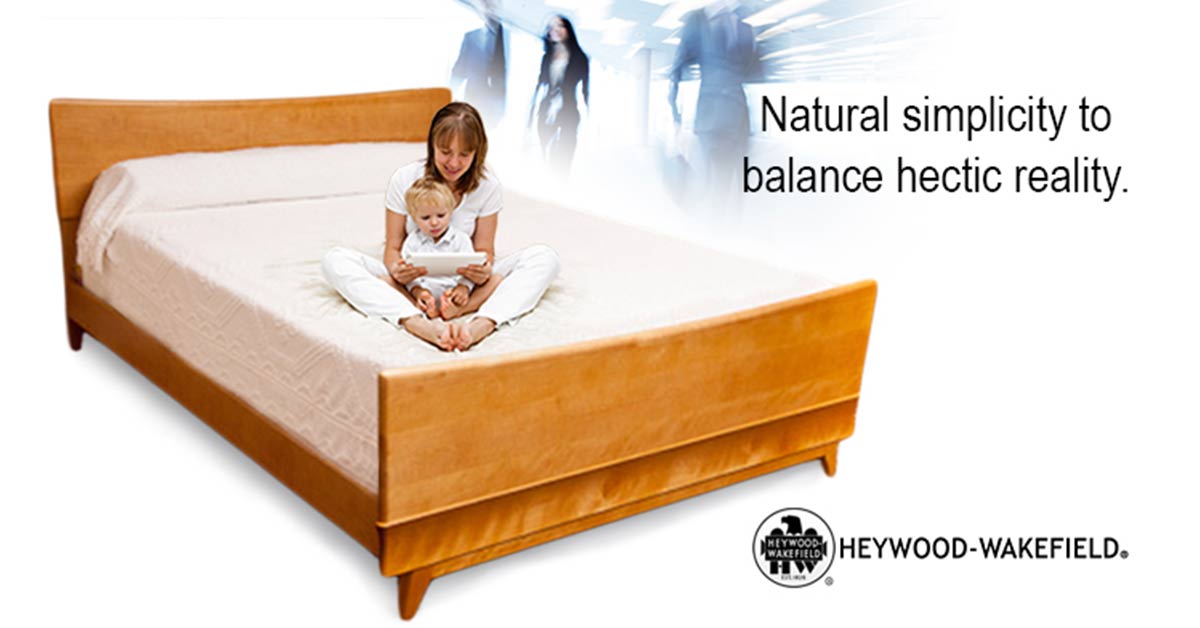 One of the most important innovations in residential furniture in the middle years of the twentieth century was the introduction of queen- and king-sized beds. Mid-Century Modern beds were among the first to be made available in the new sizes and were an immediate hit. The conventional wisdom till then was that two people sharing a full-sized bed each had about the same amount of space as a baby in a cradle.

The boom in collecting mid-century modern furniture, which started in the early 1980s, quickly pointed out the need for queen and king beds to go with the vintage mid-century furniture that was turning up in speciality shops around the country. Although the dressers, night stands and chests were hot collectibles, smallish full-size beds were the biggest you could get. There was an obvious void.

Heywood-Wakefield had been acquired by new ownership in 1992, and not long after, introduced a re-make of the M 530 bed, renamed StyleMaster. This was the first Heywood-Wakefield mid-century modern bed available in Queen, King and California king sizes, and was followed in 2013 by the introduction of the stylish Kohinoor series beds in queen and king. In 2014, look for queens and kings in the Rio series, which are scheduled to be available in time for Christmas.