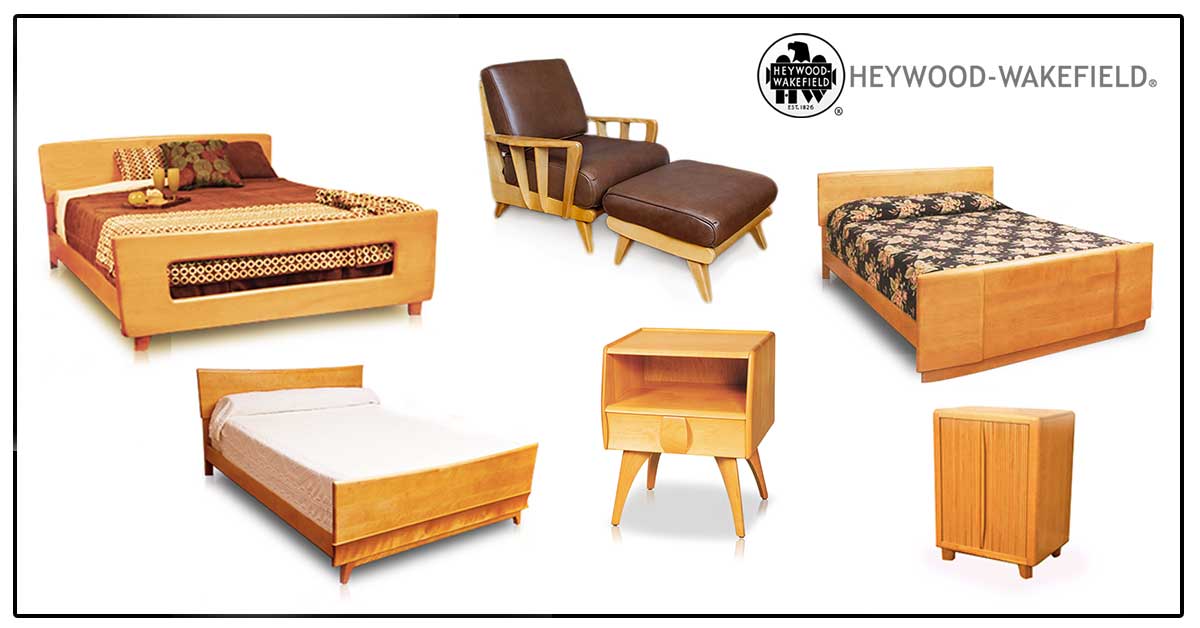 We get asked occasionally about where our furniture names come from, so I thought I’d share a few explanations for some of our most popular pieces. Welcome to your peek behind the Heywood-Wakefield curtain!

I made up the name StyleMaster back in 1992 or ’93 when we first put this bed back into production. To my knowledge, it had previously just been known by its model code, M 530. I didn’t find that particularly catchy or enticing, and “StyleMaster” popped into my head. I immediately liked it because it sounded so 50s-ish, especially written as one word, a trendy way to name things back then. I envisioned it in script with a swooping letter S, maybe with the top of the S extending all the way across the word. I also retained the M 530 designation and added -Q, -EK, and -CK, signifying queen, eastern king and California king. 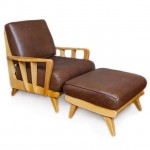 The Biscayne series was originally called “Aristocraft,” but I didn’t know that when I named it. I hadn’t yet seen some of the old catalogs I later acquired, so again, I just made up a name that seemed fitting. It’s taken from Miami’s Biscayne Bay. As with everything else, I kept the original numbers, too—CM 388, CM 388 C, etc.

All the early examples I saw of this item were three-place sectionals, and for a long time, I thought our one-piece davenport was a new product the original company never made. Then someone sent me a picture of a one-piece in a thrift store, so there went that theory. But I’ve never seen another vintage one-piece, so I’m not too sure the old one in the thrift shop was a Heywood-Wakefield.

The two-place loveseat we make now is definitely our innovation, as is the ottoman. Those never existed before. And, as with the Madeline and Margaret series, I purposely retained the old-fashioned Heywood-Wakefield word “davenport” in place of “sofa” or “couch.” 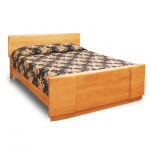 The Rio series was the work of a noted New York designer named Leo Jiranek, who was on top of his game in the 1930s and ’40s. In 1931, Heywood-Wakefield developed a corporate strategy of hiring some of the top designers of the day to create furniture lines.

Jiranek first designed the Airflow series, which debuted in 1937 and was produced until 1939, and which is still popular with collectors. In the middle war years, 1943 and ’44, he designed the Rio series, with its iconic X handles, and this remains another popular series among collectors. Lots of people have bedroom sets in this series, so I decided a few years ago to add the Rio queen and king beds to our lineup. This was prompted by how well the Kohinoor took off after a tremendously helpful article about us in Retro Renovation.

The Rio bed is a work of art, with its massive single-piece front trim rail at the top of the footboard, solid 8-quarter lumber, hand-sanded into its final shape. A lot of labor hours go into crafting this bed. By the way, we offer replacement X handles, since a lot of people are missing those. 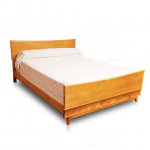 The Kohinoor series was named after a famous British diamond. It was designed by another noted furniture designer of the ’40s named Ernst Herrmann and was produced from 1949 to 1951. I noticed a few years ago that prices in the vintage world for Kohinoor pieces were stronger than those for many other series, so I decided this would be our next bed. As mentioned above, we got a huge bump in sales when Retro Renovation covered the product launch. 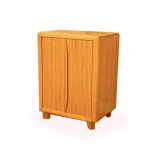 Tambour is actually the name for the type of door on the cabinet. Tambour is thin slats of wood glued to a backing material that allows the door to curve (disappear) into the side of the cabinet. When I first took on the Heywood-Wakefield brand, I had a conversation with Joe Carr, the Heywood-Wakefield house designer after WWII who popularized the blond streamlined series. He also evolved the pieces of the ’30s and ’40s by the big-name designers into the hot-selling pieces that blanketed the country in the ’50s—the ones everyone collects today.

He described the innovative, intricate process used to craft these pieces. I didn’t dwell on it at the time because at that point, I was only dreaming of being able to produce pieces like that. Years later, though, I was ready. Because of the involved process, the production cost is relatively high, but we do a flawless job recreating the original piece. Fortunately, we’re still able to price them competitively as compared to those on the vintage market. This has allowed the Tambour utility case to find new fans among those who prefer to buy new.

In America in the 1920s, there was a lull in exciting new furniture design. In 1931, Heywood-Wakefield sought more innovation by hiring New York designer Count Alexis de Sakhnofsky, a major advocate for the “streamlining” mode of the day. He designed the iconic Geyhound Bus of the period.

Sakhnofsky designed a prototype of the M 154 Dining Arm Chair, widely known now as the “Dog Biscuit” chair. It’s one of the world’s most recognizable chairs today, mostly due to the unique shape of its ergonomic back rest, which resembles a dog biscuit. This feature came to be what it is today when Sakhnofsky’s more swooping, elongated design was tweaked by Heywood-Wakefield’s post-WWII in-house designer W. Joseph Carr.

Thank you for your interest. We hope you'll take a few minutes to look at our catalog of classic, stylish, solid wood, American-made Heywood-Wakefiled furniture.