Blog » Spotlight on the Mid-Century Era » At the Hop! A Look Back at the Sock Hop

Home » Blog » Spotlight on the Mid-Century Era » At the Hop! A Look Back at the Sock Hop 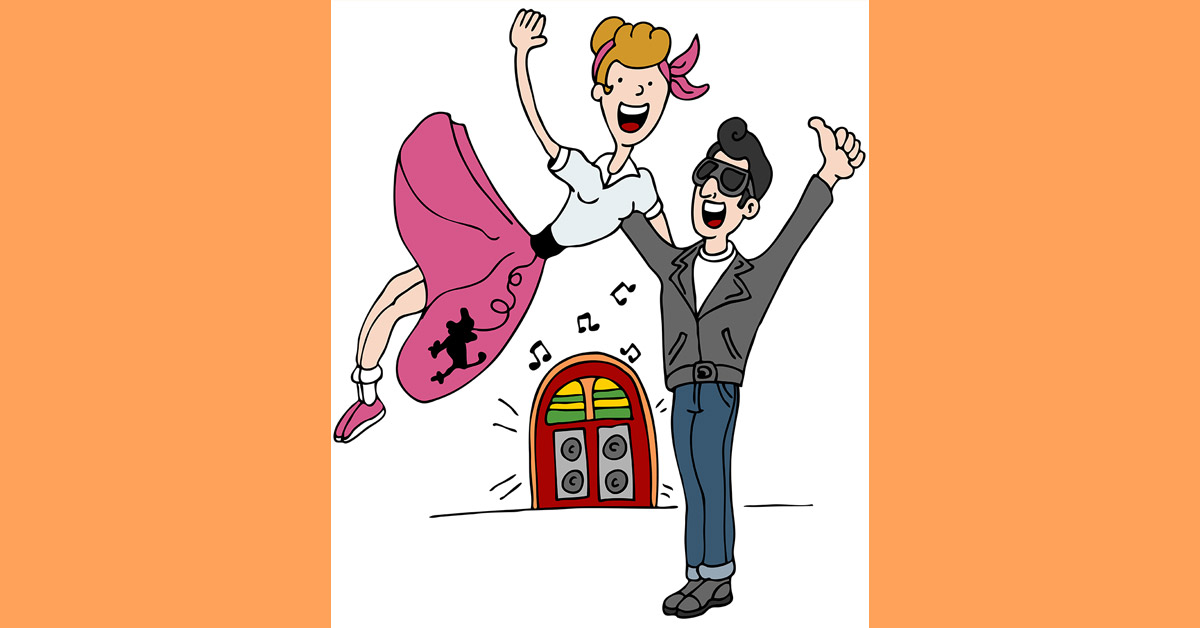 The sock hop is well known as a high school dance in the 1950s, undoubtedly one of the most famous fifties fads and forms of organized entertainment for teenagers at the time. But the events that would become known as sock hops actually pre-date the decade, with the earliest ones being hosted by the American Junior Red Cross as early as 1944 as fundraisers during World War II.

Sock hops endured into the early 1960s, but died off as popular youth music took a turn toward the psychedelic and the hippie counterculture took root.

What’s In a Name?

By the time the ’50s rolled around, sock hops were a regular feature at high schools, typically held in the school gymnasium or cafeteria. The dances featured the newly emerging rock and roll music, as well as related genres like rockabilly, doo-wop, and rhythm and blues. Attendees were likely to hear songs like these number one singles from the 1950s. The music was generally played on vinyl records by a disc jockey, but occasionally live bands played.

The dancing could get pretty animated. School administrators were of course concerned about scuffs and damage to those fine varnished gym floors, so students were made to take off their shoes (which were hard-soled at the time) if they wanted to cut a rug. That’s how these dances came to be called “sock hops.”

Although most schools condoned sock hops, we’d be remiss to not point out that the parents of teenagers weren’t necessarily thrilled with these events. More conservative adults were wary to downright disapproving of the newfangled rock and roll music (AKA “the Devil’s music”), not to mention the dancing that accompanied it. Racism also certainly factored in, as many of the songs played at sock hops were performed by black singers and musicians.

What You’d See at the Hop