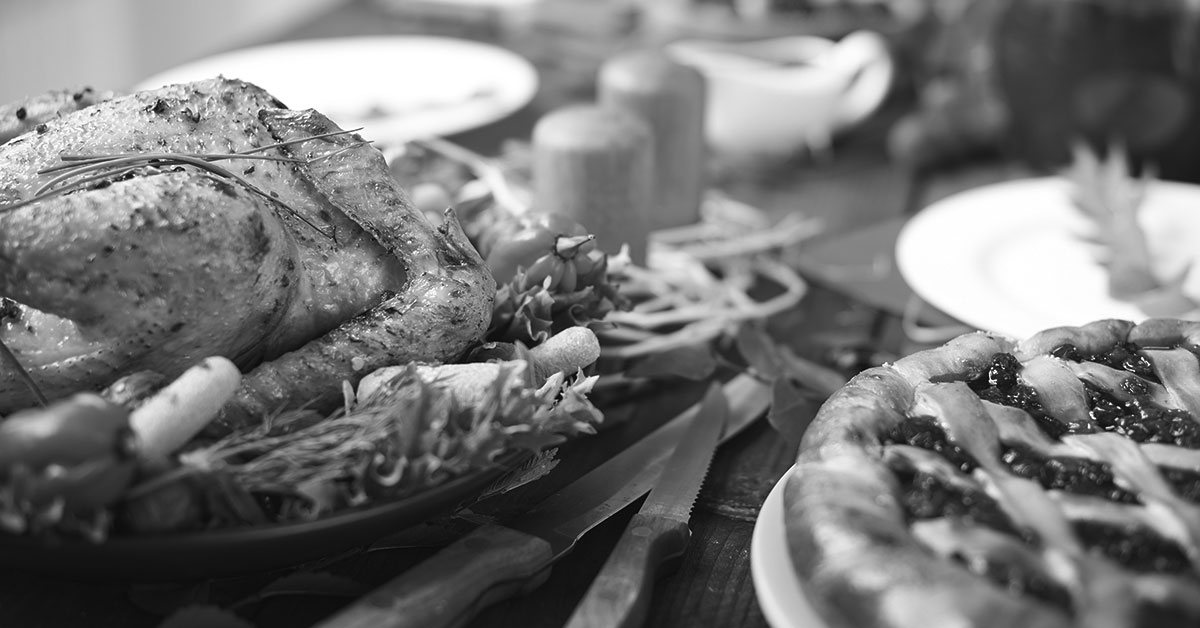 Maybe you’re just curious about what was served at Thanksgiving dinners in the 1950s, or perhaps you’re nostalgic because you lived through them. Or, maybe you’re looking for an excuse to serve olives, pimento, sweet pickles, and Spam encased in a mold of lime Jell-O with your Thanksgiving spread (everyone will love it!).

Whichever applies, we’re taking a quick look back at what this holiday feast commonly entailed during the decade.

Tuck in a napkin and dig in to this retrospective of Thanksgiving dinners in the 1950s!

Thanksgiving Meals in the ’50s

So do we! Sign up to receive our original content celebrating the times in a convenient monthly email.