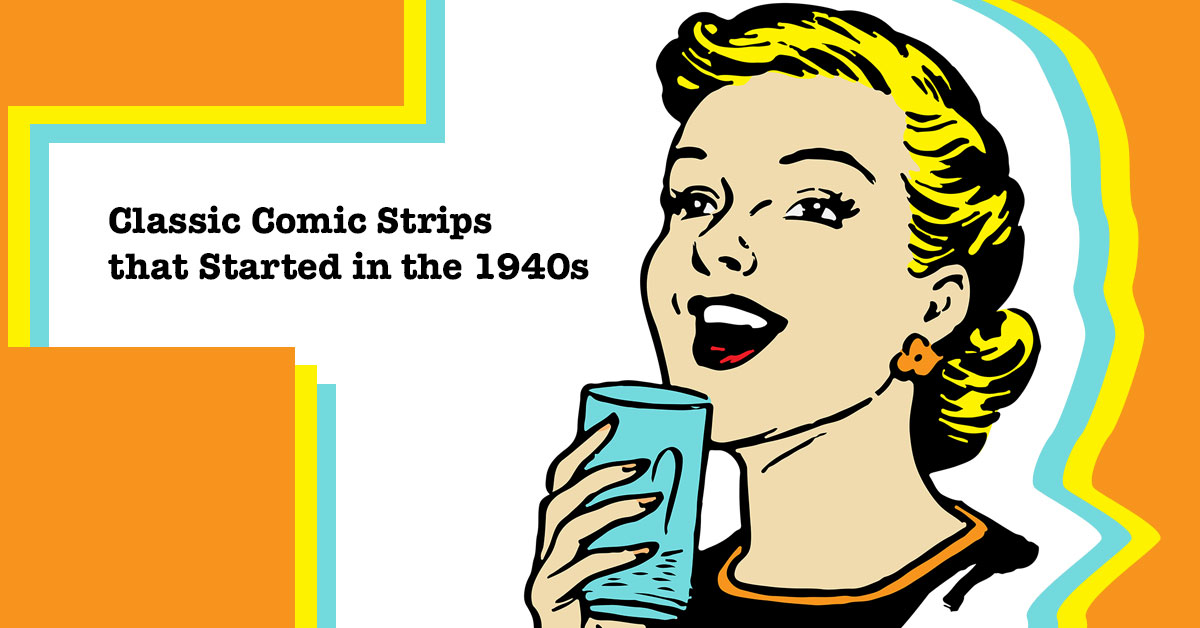 Printed newspapers are a dying breed these days—with circulations dropping and newsroom downsizing an ever more common occurrence—as more consumers get their news digitally. Extras like comic strips have been just one of the victims of this trend, with their space in the pages reduced and increasing reliance on cheaper reruns over fresh new syndicated offerings.

But in the mid-century years, the newspaper was an integrated part of life and daily routines. In the 1940s, newspapers (and radio) were essential for keeping up with the latest happenings in the second world war. And, of course, the funnies provided some welcome momentary distraction from what was happening in the world.

So do we! Sign up to get our original content celebrating the times in a convenient monthly email!