Blog » Spotlight on the Mid-Century Era » 40 Popular, Influential Rock and Roll Songs from the 1950s

Home » Blog » Spotlight on the Mid-Century Era » 40 Popular, Influential Rock and Roll Songs from the 1950s 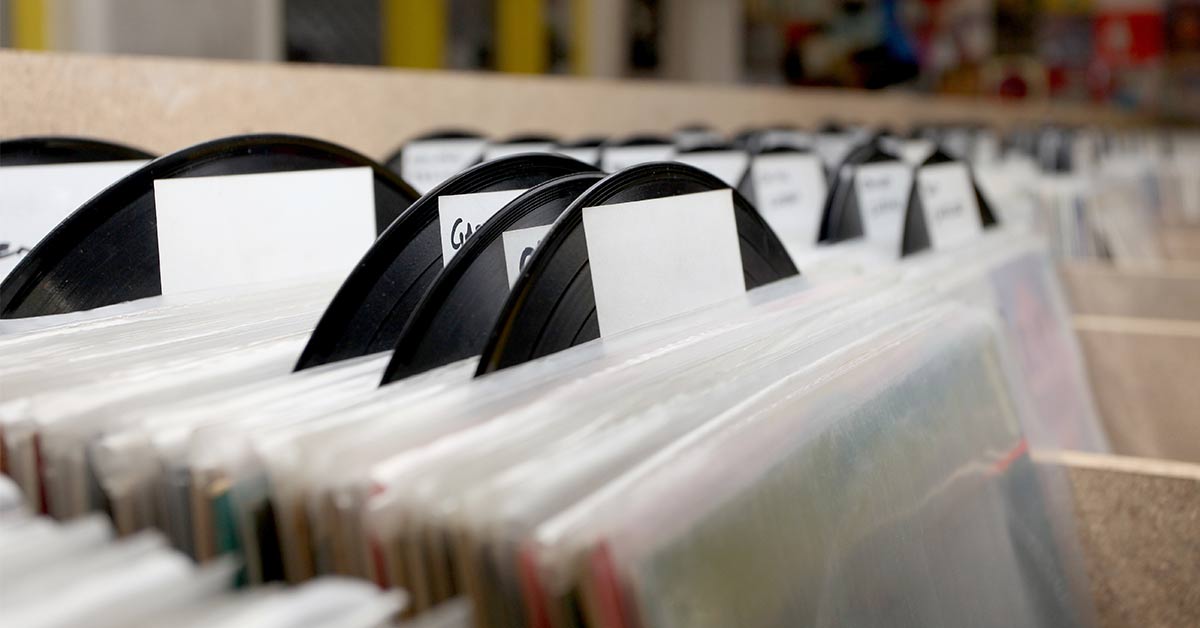 The 1950s saw so many cultural shifts. A prevailing sense of normalcy swept through suburban America in the years following World War II, yet beneath the surface a rebellious wave rose up among the youth. The newly emerging genre of rock and roll music was of course a huge part of this.

Here’s a look back at some of the most popular rock and roll songs from the 1950s that left a lasting mark on the genre. And yes, some are actually doo-wop, rhythm and blues, rockabilly, and even country songs, but they were still closely connected to what was happening in rock and roll and touched its greatest performers.

These are all classics that have endured, many having been covered by numerous diverse artists over the years, and that have influenced generations of singers, musicians, and songwriters. We’ve included a link to a YouTube video of each song so you can sing along, dance, and reminisce.

We didn’t attempted to rank these; they’re just listed in chronological order by year. Also, we limited it to one hallmark song per ’50s artist… otherwise, we easily could’ve ended up with 100 songs from just a handful of performers.

Classic Rock and Roll Songs from the ’50s

1. “The Tennessee Waltz” was recorded in 1950 by Patti Page, who went on to become the best-selling female artist of the decade. It was an early crossover country hit, strongly influencing pop and early rock and roll performers.

3. “Money Honey” from 1953 was a number 1 rhythm and blues hit from the first incarnation of the doo-wop supergroup The Drifters, with lead vocalist Clyde McPhatter.

4. “Earth Angel” by The Penguins is a doo-wop mega-hit from 1954 that had a major influence on so much of the music produced over the course of the decade.

5. “Rock Around the Clock” by Bill Haley and His Comets came out in 1954 and is a famous early example of applying the 12-bar blues format to rock and roll songs.

6. “Blue Suede Shoes” by Carl Perkins is one of the biggest rock standards of all time. It came out in 1955 and quickly sold more than one million copies.

7. “Only You” from doo-wop and R&B group The Platters was released in 1955 and became an instant classic.

9. “Be-Bop-a-Lula” came out in 1956. This rockabilly classic by Gene Vincent and His Blue Caps displays a singing style strongly associated with Elvis Presley.

10. “Blueberry Hill” by Fats Domino came out in 1956 and was the biggest hit for this important performer, selling more than 5 million copies in ’56 and ’57.

11. “Fever” is a famous song that’s been covered countless times by all sorts of international artists, but this 1956 version by R&B singer Little Willie John was the first recorded version.

12. “I Put a Spell on You” was a big hit for Screamin’ Jay Hawkins in 1956 and is considered to have significantly shaped rock and roll songwriting and performance style.

13. “In the Still of the Night” from 1956 is a doo-wop classic by The Five Satins. Unlike most songs on this list, it was only moderately successful at first, but achieved increasing recognition and popularity over time.

14. “Let the Good Times Roll” by Shirley and Lee has been widely covered by rock, pop, blues, R&B, and soul singers since its debut in 1956.

15. “Please, Please, Please” from 1956 is the signature song from James Brown and the Famous Flames during the decade.

16. “Walk the Line” was an early country crossover hit in 1956. This Johnny Cash classic managed to climb the pop charts as well as the country charts.

17. “Who Do You Love” by Bo Diddley, dating to 1956, is probably the most recognizable song from this formative rock and roll artist.

18. “Why Do Fools Fall in Love?” made Frankie Lymon and the Teenagers a household name in 1956 and helped cement their reputation as rock and roll pioneers.

19. “At the Hop” by Danny and the Juniors came out late in 1957 and hit number 1 early in ’58. This doo-wop/rock and roll hybrid celebrated the popular sock hop dances of the day.

20. “Great Balls of Fire” was one of Jerry Lee Lewis’ most famous contributions to rock and roll, first recorded in 1957.

21. “Peggy Sue” by Buddy Holly is a 1957 rock and roll classic, with its infectious rhythm, riffs, and performance style more than making up for its lyrical simplicity.

22. “Susie Q” was released in 1957, the biggest hit for Dale Hawkins, and a major example of rocakbilly music from the era, with distinct Louisiana influences.

23. “Tequila” came out in 1957. This Latin-tinged rollicking instrumental by The Champs is instantly recognizable to this day.

24. “Wake Up Little Susie” by the Everly Brothers was banned by some radio stations for being too suggestive when it first appeared in 1957.

25. “Walkin’ After Midnight” by Patsy Cline was another classic country crossover hit, ranking on Billboard’s pop chart in 1957 in addition to the country chart.

26. “You Send Me” from 1957 was Sam Cooke’s debut single, a number 1 hit, and a classic part of the soulful canon that strongly influenced early rock and rollers.

27. “Chantilly Lace” is the best-known song from The Big Bopper. Released in 1958, it became a hit not long before he, Ritchie Valens, and Buddy Holly tragically died in a plane crash.

28. “I Met Him on a Sunday” came out in 1958. It was the first single by The Shirelles, pioneers of the “girl group” genre that would become exceedingly popular in the ’60s.

29. “Johnny B. Goode” by Chuck Berry features arguably the most iconic guitar riff of all time. This 1958 smash success is considered one of the most important songs in the history of rock and roll.

30. “La Bamba” was adapted from a Mexican folk song by Ritchie Valens and released in 1958, and it quickly became a huge hit.

31. “Let’s Have a Party” is an Elvis song, but Wanda Jackson’s 1958 version is a key example of female vocalists’ contributions to early rock and roll.

32. “Rumble” by Link Wray, released in 1958, is one of rock’s most famous instrumentals and was one of the first recordings to experiment with distortion.

33. “Splish Splash” was Bobby Darin’s breakout hit in 1958. It’s undoubtedly one of the most iconic songs of the decade.

34. “Summertime Blues” came out in 1958, performed by Eddie Cochran and featuring a memorable rockabilly riff.

35. “Willie and the Hand Jive” by Johnny Otis climbed the R&B and Billboard Hot 100 charts in 1958. It features the trademark Bo Diddley rhythm.

36. “Yakety Yak” is an iconic fifties tune from The Coasters, released in 1958. Its mocking attitude perfectly embodies the rebellious spirit of the youth of the day.

37. “A Teenager in Love” by Dion and the Belmonts was a huge doo-wop hit helping closing out the decade in 1959.

38. “I Only Have Eyes for You” is a jazz standard from the ’30s, but the 1959 doo-wop version by The Flamingos is a classic that definitely belongs on this list.

39. “Shout” was released in 1959 and became an instant hit for The Isley Brothers, the influential group that has spanned multiple genres, including sdoo-wop, R&B, rock, soul, and others.

40. “What’d I Say” was Ray Charles’ first gold record, and his 1959 recording is considered one of the first songs of the soul genre that emerged in the ’60s.

So do we! Sign up to get our original content celebrating the times in a convenient monthly email.