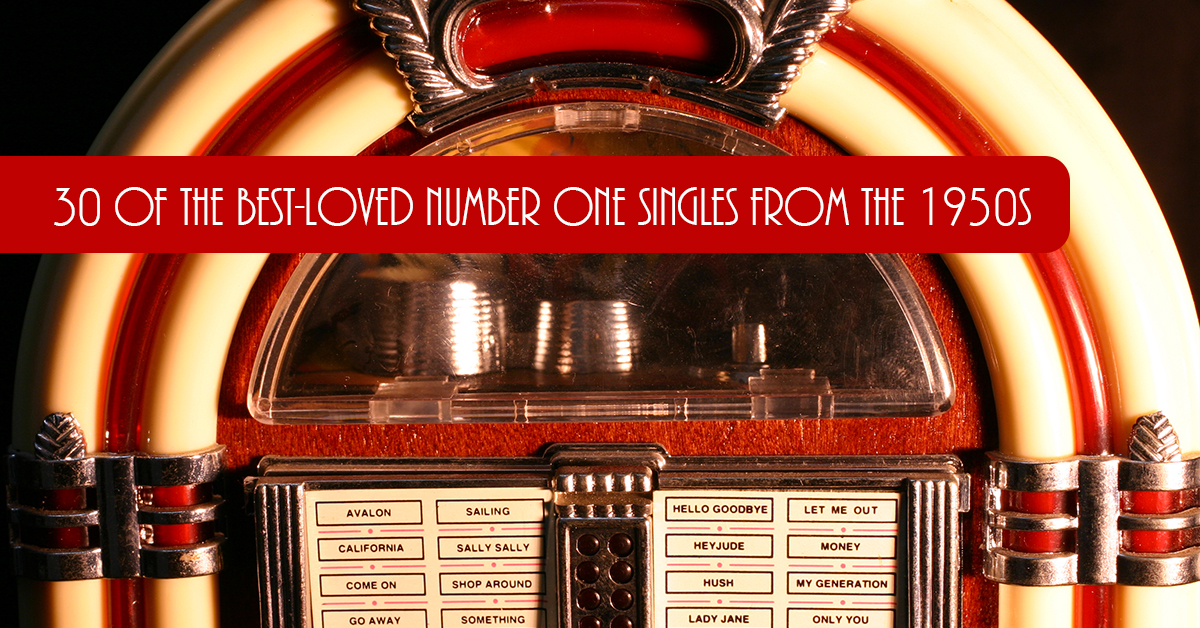 The ’50s was a pivotal era in American music. Of many notable changes during the decade, undoubtedly the most significant was the emergence of rock and roll on the popular music scene. In looking over Billboard‘s number one singles from the 1950s, you see crooners dominating in the early part of the decade but becoming largely eclipsed in the latter half by rock, doo-wop, and R&B performers.

Even with that overarching trend though, the biggest hits of the ’50s remained a fairly mixed bag throughout. These years gave us so many hits that are still known and loved today. We’ve left a lot of the number one singles from the 1950s off the list, lest it run far too long, but tried to include a representative mix from each year, and many of the most iconic and enduring songs from the era.

And, for your listening pleasure, each song is linked to a YouTube video so you can enjoy hearing it.

Number One Singles of the ’50s