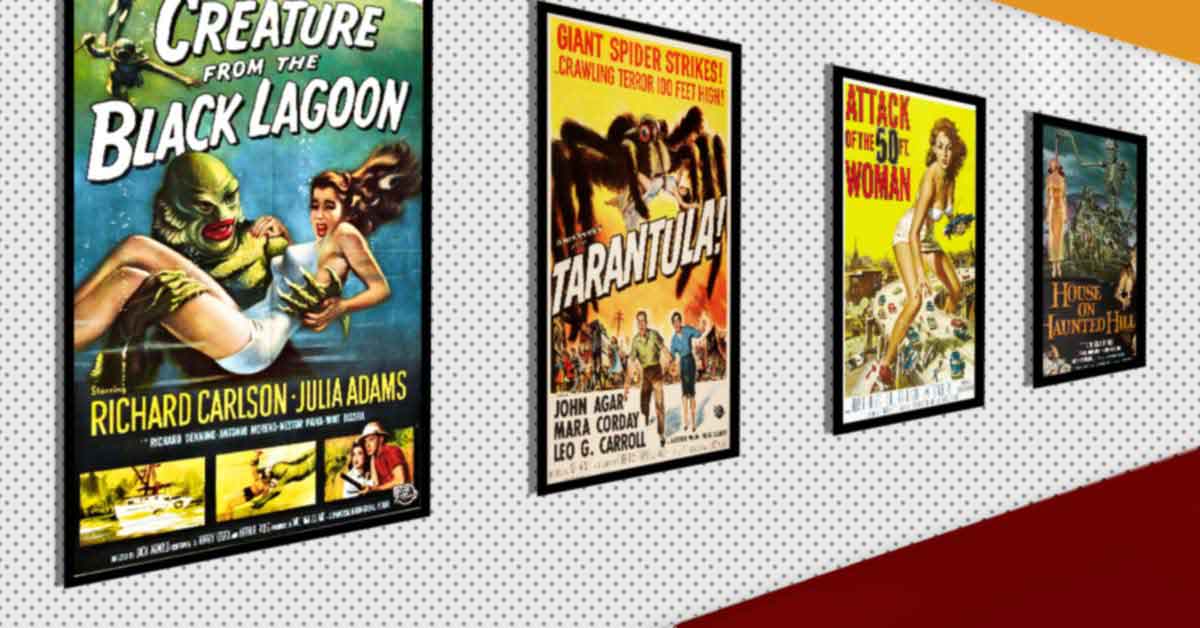 With Halloween soon upon us, it’s time for another one of our roundups, this time of 25 iconic and bone-chilling horror movies from the ’50s. If you’re looking for festive, frightening ways to celebrate All Hallows’ Eve mid-century style, any of these classic creepy films will do the trick-or-treat.

And don’t forget to fill out the fun with some representative retro desserts and cocktails!

Admittedly, the special effects may leave a little to be desired by today’s standards, but these 25 movies deliver great thrills and chills nonetheless!

Make sure you check out “10 Legendary Film Actresses of the 1950s” and our piece on 30 great movies from the ’50s, featuring three classics from each year of the decade!