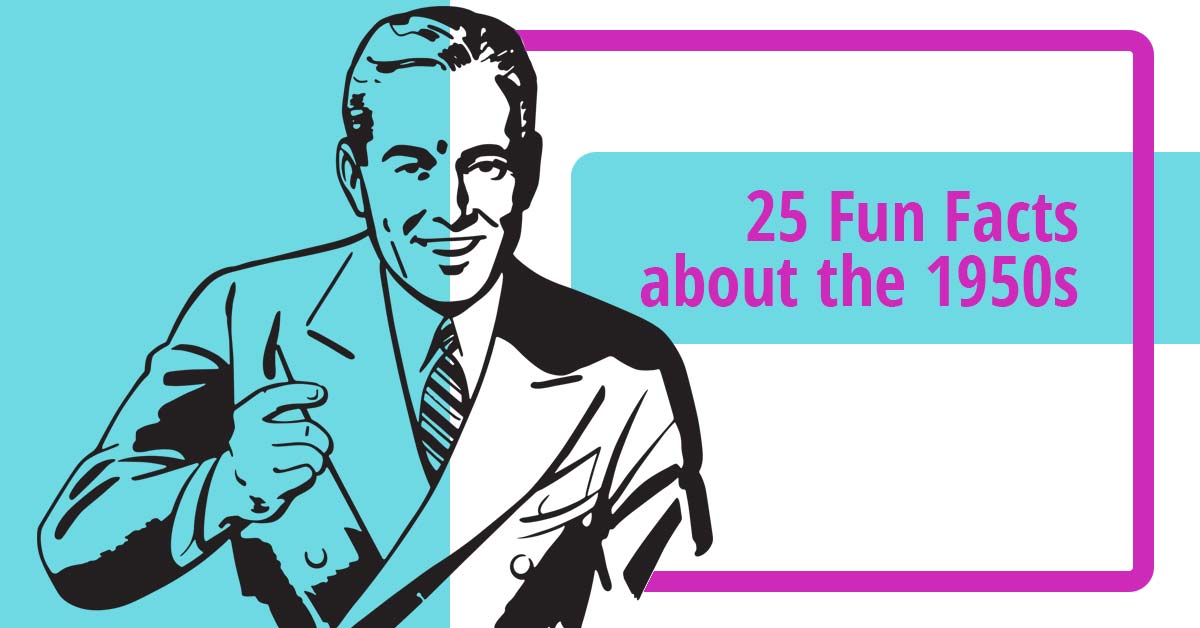 The ’50s are arguably the most nostalgic years in US history. The decade remains a symbol of opposing concepts like “normalcy” and quiet suburban American family living, and some serious youthful rebellion. It’s always a fascinating period to look back on, so here are 25 fun facts about the 1950s:

So do we! Don't miss any of our original content celebrating the times. Sign up to get it all in a convenient monthly email.