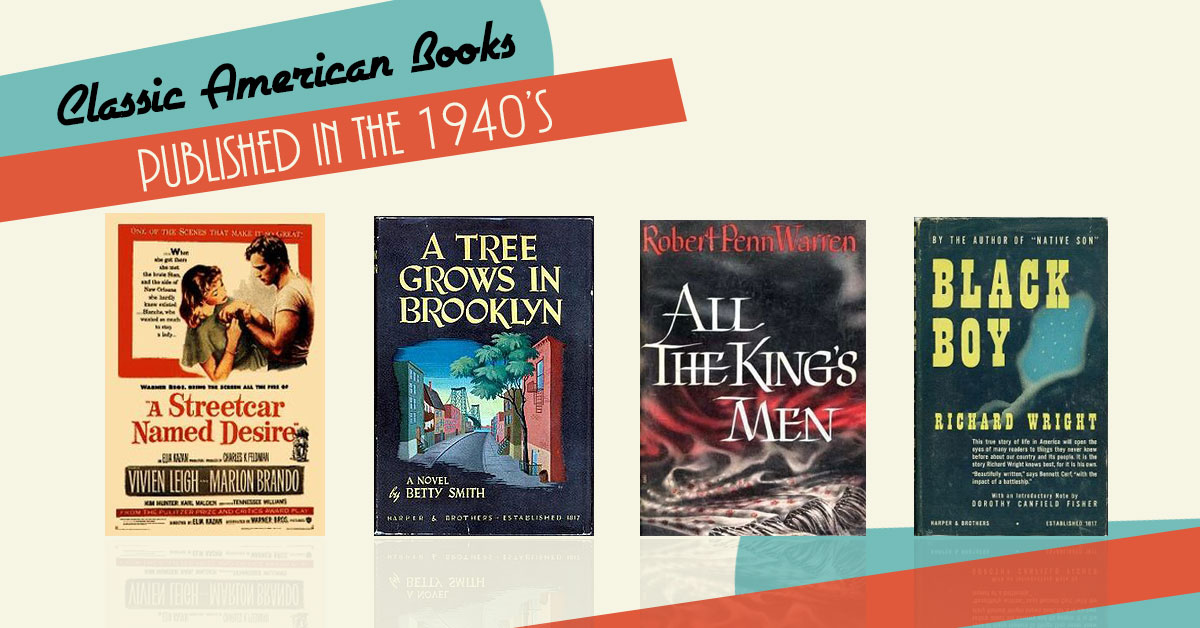 As might be expected, many of the major literary works from around the world during the 1940s focused on wartime experiences, and things were no different in the US. But American writing in the ’40s also often turned to reflecting on the previous decade and life during the Great Depression. Both of these subjects can be seen frequently in the following list of classic American books published in the 1940s.

Notably, many of them feature recurring themes of overcoming hardship, poverty, and depending on family. This would give way to the typically more outspoken, rebellious classic American books of the 1950s.

Great American Literature from the ’40s

So do we! Don't miss any of our original content celebrating the times! Sign up now to get it all in a convenient monthly email.