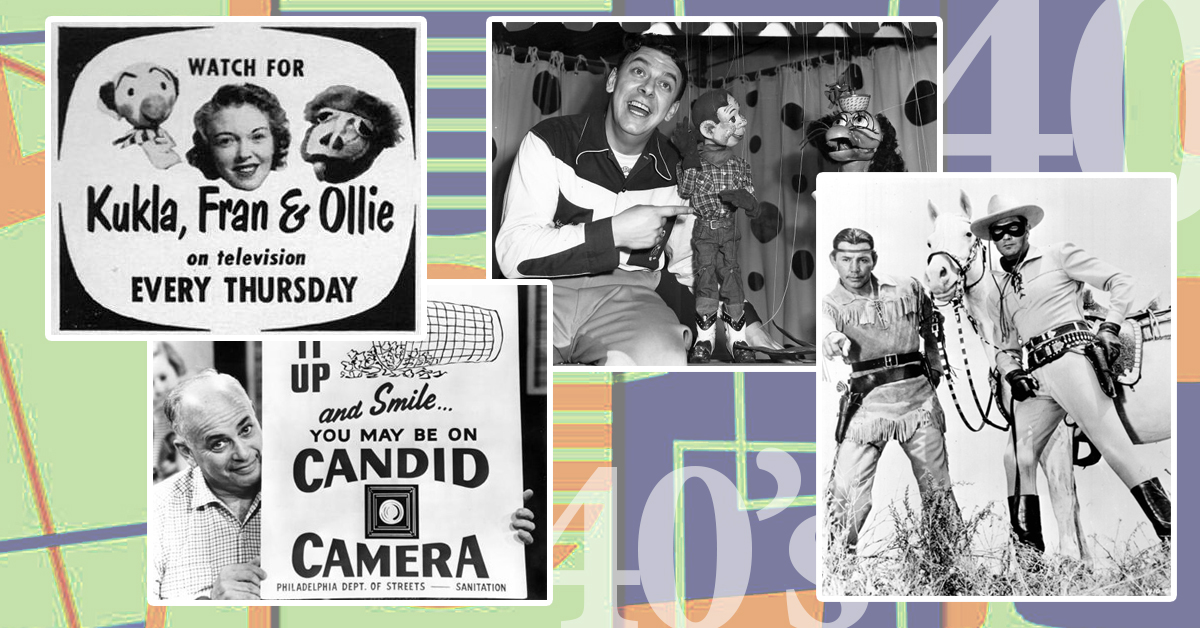 The modern era of television basically began in 1939, when the NBC television studio at Rockefeller Center debuted at the World’s Fair in New York City. Just a few months later, CBS started broadcasting from its shiny new studio in Grand Central Station.

As scripted and variety TV shows, televised Major League Baseball games, and other programming made their way into American homes in the 1940s, television was widely regarded as a fad. But it didn’t take long for it to start generating profits for the networks.

America’s entry into World War II definitely put a damper on TV’s momentum, though. After the war ended, things picked up considerably. In 1947—a year considered a turning point in the history of television due to the introduction of a number of landmark programs—the “fad” truly exploded, and people started realizing TV was here to stay. So, you may notice that most of the entries on the list below kicked off in the last few years of the ’40s.

Here’s a look at some of the most famous, iconic, popular, and influential TV shows of the 1940s.

We’ve also rounded up some great 1950s TV shows. Click on over to revisit some classic programming from the decade when national color broadcasting began.