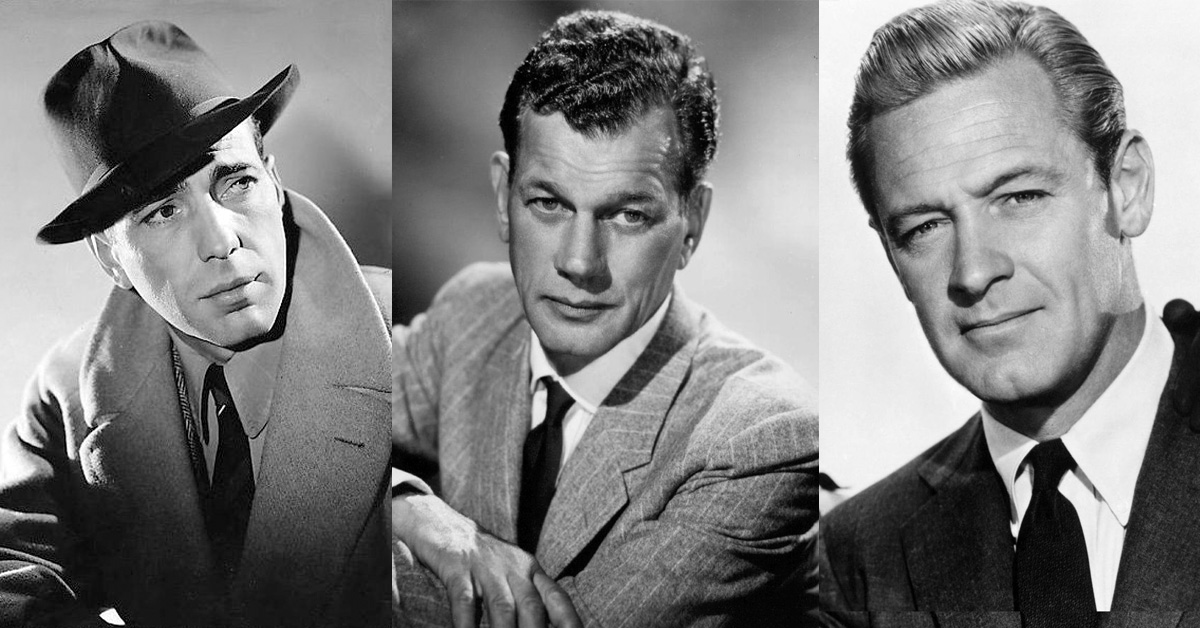 Hollywood’s Golden Era coincides with the the mid-century years—and what a time it was for film! Just take a look at this lists of classic movies from the forties.

And now, to accompany our roundup of brilliant, beautiful, gifted actresses from the ’40s, we’re covering some great actors from the decade too. We can’t, of course, get to everyone, as so many bright lights of the big screen left a major mark on cinema during the 1940s.

To help keep the list manageable, we focus here on male movie stars who initially rose to fame during the ’40s and made a significant number of their key contributions to film in this same period. So, that accounts for many of the omissions. Still, we know, lots of actors who meet these criteria aren’t here, so please forgive us if we left off any of your favorites.

With that said, here’s a quick look back at some of the most classic, talented, and important movie actors of the 1940s. And the list is just alphabetical; we didn’t attempt to rank these guys!

If you love mid-century movies, click over to some of our other posts: